Goto made the music for the Danish performance group "Kom De Bagfra" and their visualization of the Renaissance in the performance "Faber Mundi".

The piece "Creation" was the closing track where Venus is born and arrives into the world through smoke, fireworks, spectacular light and naked ladies, a 3D interpretation of Botticelli’s legendary Renaissance painting spiced with a techno soundtrack.

The track was later released as the Faber Mundi EP, a 12" which also contains two other pieces from the performance on the B-side, "Surgery" and "Rubber". This fourth and final Goto record was released in 1995.

During the applause of the theatrical piece, Mr. Kong and a mobile DJ set-up were pushed forward onto the stage along with a bar, transforming it into a club where the audience was invited up for free drinks and dancing — That’s how we rolled in the 90s... 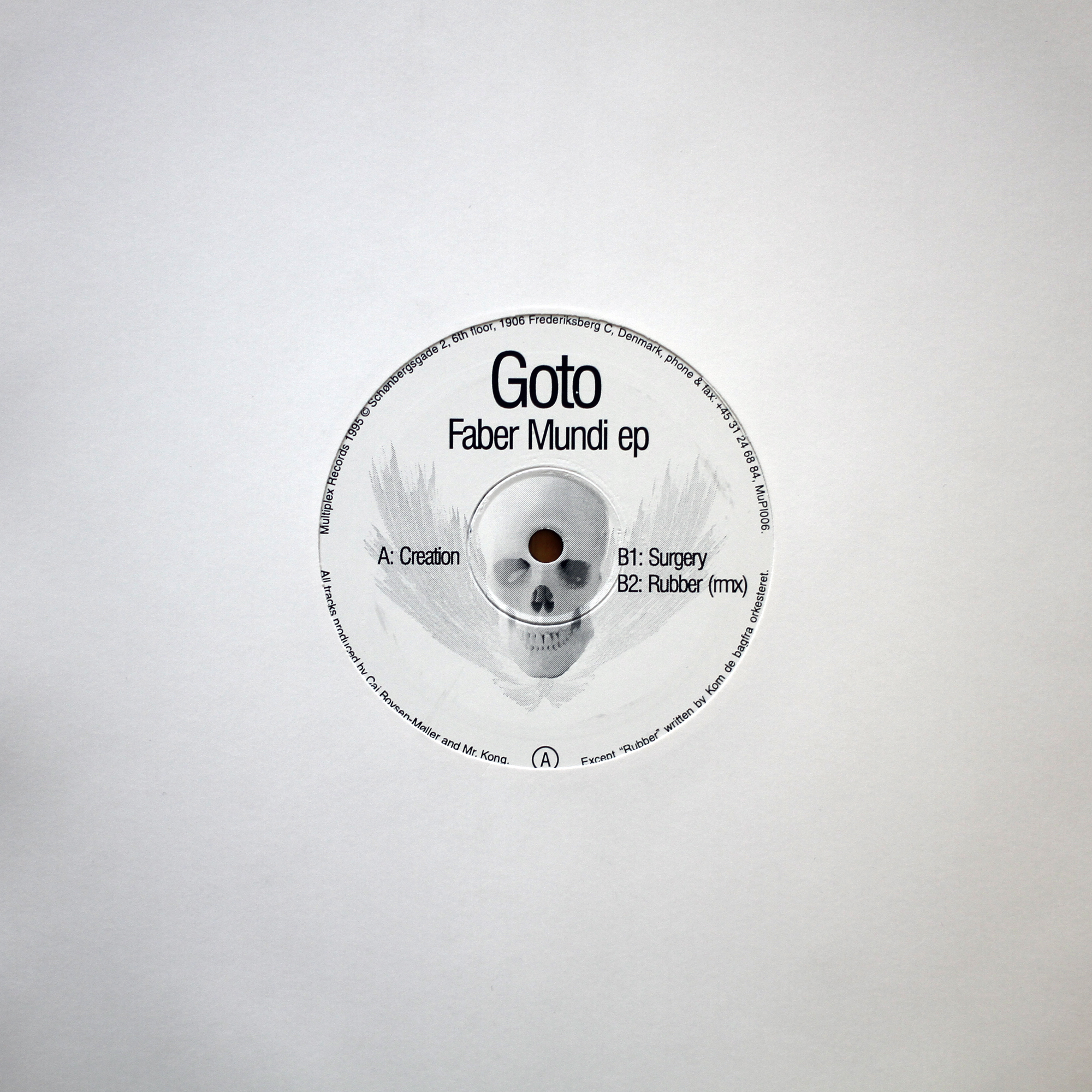